IND is comprised of an accomplished team of physician investigators, study coordinators, neuropsychologists  and imaging technologists. Our Board of Directors provides invaluable support and oversight. 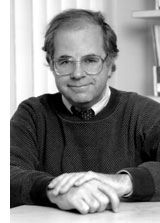 Kenneth Marek, M.D., Distinguished Scientist
Dr. Marek co-founded IND in 2001 and serves as IND’s Distinguished Scientist and Treasurer.  Dr. Marek served as President of IND from its founding through 2018.  Prior to founding IND, Dr. Marek was the Director of the Movement Disorders Center at the Yale University  School of Medicine. He graduated from Princeton University (AB,  biochemistry) and received his medical degree from Yale University. Dr.  Marek was trained in internal medicine and neurology at the Johns  Hopkins School of Medicine in Baltimore, Maryland. He received further  training as a post-doctoral fellow in neurochemistry at the Institute of  Neurology, Queens Square, London. Prior to his move to Yale University  he was a faculty member of the Johns Hopkins School of Medicine,  Department of Neurology. Dr. Marek has been the recipient of numerous  grants and awards, including those from the National Institutes of  Health (NIH), Department of Defense, American Heart Association,  Parkinson Disease Foundation, and National Parkinson’s Foundation. He  has been a recipient of the National Parkinson’s Foundation Richard E.  Heikala Research Scholar Award, and the 2017 Robert A Pritzker Prize  from the Michael J. Fox Foundation. He currently serves on the  scientific advisory board of the Michael J. Fox Foundation. Dr. Marek  has made significant research contributions in the identification of  biomarkers for early detection, assessment of disease progression and  development of new treatments for Parkinson disease and related  neurodegenerative disorders, including Huntington disease, Alzheimer  disease and dystonia. His specific interest has been in in vivo  neuroreceptor imaging in Parkinson disease and related neurodegenerative  disorders. He has authored numerous neurology and neuroscience  publications on these topics. He has served as a consultant for numerous  pharmaceutical companies and for the Veterans Administration. Dr. Marek  is a principal investigator or coordinating principal investigator of  several international studies investigating the use of imaging to assess  the onset, progression and effect of treatment in Parkinson disease,  including the Michael J. Fox Parkinson’s Progression Markers Initiative  study (“PPMI”), working with 33 clinical sites in 11 counties. 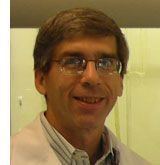 John  Seibyl, M.D., Distinguished Scientist and Chairman of the Board
Dr. Seibyl co-founded IND with Dr. Marek in 2001 and  has provided scientific leadership since IND’s founding.  Prior to IND,  Dr. Seibyl was Chief, Section of Nuclear Medicine and Associate  Professor of Diagnostic Radiology and Psychiatry, Yale University School  of Medicine. He received his undergraduate degree at Yale College and  completed his medical degree at Case-Western Reserve University in  Cleveland, Ohio. Dr. Seibyl trained as a post-doctoral fellow in the  Department of Psychiatry at Yale University where he won the Seymour  Lustman Research Prize in the Department of Psychiatry two consecutive  years. He joined the faculty as an Assistant Professor upon completion  of this training. While on the psychiatry faculty Dr. Seibyl's interest  in brain imaging led to his returning for a training Fellowship in  Nuclear Medicine at Yale under Dr. Paul Hoffer. He was recruited to the  Diagnostic Radiology faculty and was appointed the Director of the  NeuroSPECT Center, a clinical brain imaging research lab in the Section  of Nuclear Medicine. Dr. Seibyl subsequently became Chief of the Section  of Nuclear Medicine and Director of the Yale/VA PET Center. Dr. Seibyl  has won numerous grants and contracts in the context of his work in  brain imaging. He serves on the editorial board of the European Journal  of Nuclear Medicine and is a frequent reviewer for top-tier nuclear  imaging journals. He serves on international panels for his work in  neurodegenerative disease imaging, working closely with Dr. Marek to  establish the NeuroSPECT Center as the premier Parkinson disease brain  imaging research center in the world. Recent projects include the  development of a web-based normal brain image database, and on-going  work applying brain imaging techniques and analytic methods to improve  the diagnosis and assessment of disease status in patients with  neurodegenerative diseases. 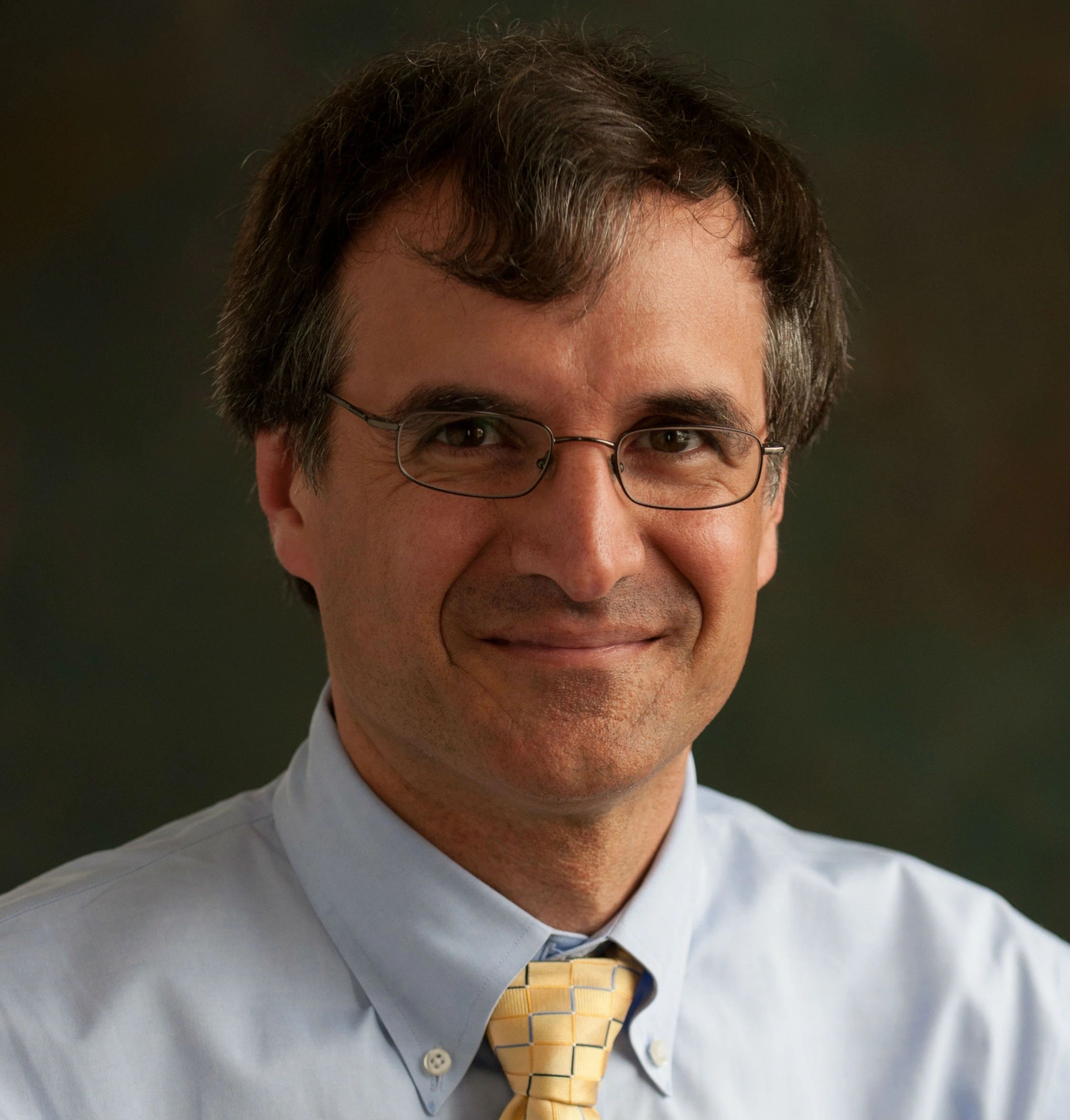 David S. Russell, M.D., Ph.D. Director of Clinical Research
Dr. Russell has served as a Principal Investigator for  IND since 2007.  He currently serves as Director of Clinical Research  for both IND and its research partner, Invicro, LLC.  For 12 years prior  to working with IND, Dr. Russell was a member of the Yale Movement  Disorders Clinics, and is currently an Assistant Clinical Professor at  the Yale University School of Medicine. At the IND he directs or  participates in a number of clinical trials relating to  neurodegenerative diseases ranging from Parkinson’s disease to  Alzheimer’s disease to multiple sclerosis and others. Dr. Russell  received his undergraduate training in Biology at Oberlin College and  completed a Medical Scientist Training Program (M.D., Ph.D.) at Cornell  University Medical College and the Sloan-Kettering Institute in New  York. His internship in Internal Medicine and residency in Neurology  were performed at Yale-New Haven Hospital and he was selected as Chief  Resident in Neurology for 1994-1995. Over the years, he has directed a  number of basic scientific studies related to dopaminergic brain  function for over a decade. He has been an active participant in the  Parkinson Study Group and served as an investigator in multi-site  clinical trials of Parkinson’s disease.  In 2007, he expanded his role  in clinical trials of neurodegenerative disorders by joining IND. Dr.  Russell’s research and clinical interests include investigations of the  mechanisms, detection, and potential prevention of neuronal dysfunction,  as well as development of early molecular and biomarker indicators of  loss or alteration of function of specific brain systems. He has  published widely in important neuroscience journals and spoken at  numerous national and international meetings. Jack Mariotti, CPA. Executive Director
Mr. Mariotti has served as  Executive Director of the Institute for Neurodegenerative Disorders  since 2018.  Mr. Mariotti received his BA from the University of  Michigan in 1982 and his certification as a Public Accountant (CPA) in  1984.  He worked in finance at Merrill Lynch Realty and Prudential Home  Mortgage before helping found the Network for Teaching Entrepreneurship  (NFTE) in 1988, where he then served in a number of capacities including  as the Chief Financial Officer. He was a founding management team  member of the Institute for Neurodegenerative Disorders in 2001 and  served for 16 years as Chief Financial Officer for Molecular  NeuroImaging, LLC (MNI) and for Invicro LLC as Chief Commercial  Officer. 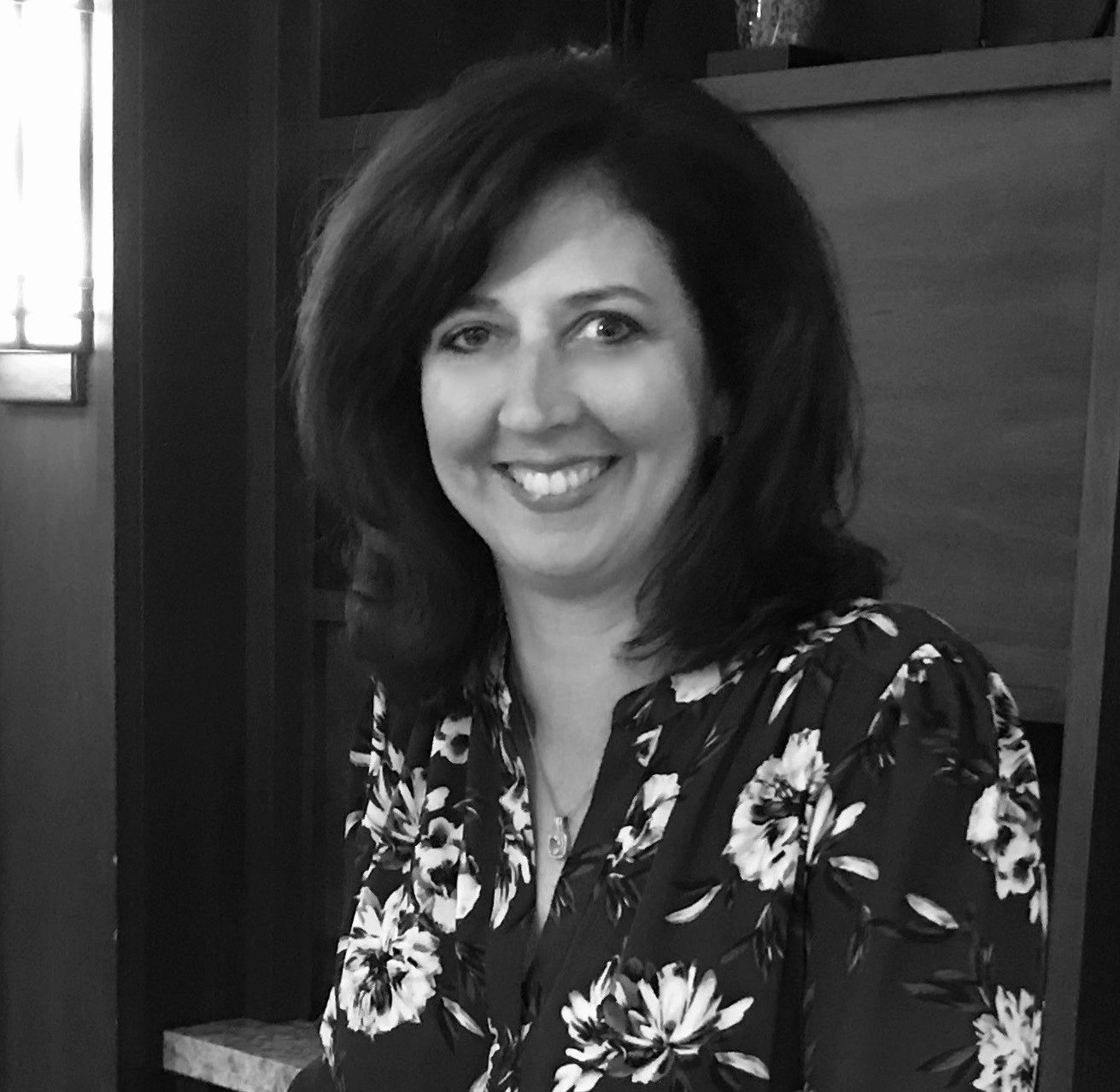 Kim Fabrizio, BA. Chief Operating Officer
Mrs. Fabrizio joined the Institute for  Neurodegenerative Disorders in April 2021 as Chief Operating Officer.   Mrs. Fabrizio has 20+ years of experience in clinical research and drug  development and held numerous executive leadership roles in both small  and mid-size pharmaceutical research organizations, including Bayer  Pharmaceuticals, Clinical Data, Molecular NeuroImaging, Invicro and most  recently On Target Laboratories.  She received her BA from Quinnipiac  College and has focused her career within the Regulatory Affairs and  Quality Assurance arenas, which has included experience in multiple  therapeutic areas including neuroscience, radiopharmaceuticals,  oncology, anti-infective and CNS.  Mrs. Fabrizio has regulatory  leadership and strategy experience in early clinical research (Pre-IND)  through to commercialization.  She has successfully brought over 75  novel compounds into human investigation and led over 11 NDA/sNDA teams  to successful review of marketing applications with the FDA CDER  Division, as well having in depth experience in 21 CFR Part 11 and GDPR  compliance. Her leadership breadth has spanned leading teams in GMP, GCP  and System Validation Compliance areas to support clinical research.   Her Quality Assurance leadership has included the implementation of  Quality Management Programs at several startup companies, and she has  successfully hosted health authority inspections from regulators of the  FDA, DEA, NRC, and DEA. Emily Flagg, BA. Director, Project Management
Ms. Flagg joined the team at the Institute for Neurodegenerative Disorder in April 2019. Ms. Flagg received her BA from Gettysburg College in 1996, at which time she started her career in research administration at the Dana Farber Cancer Institute in Boston, MA working in the Institutional Review Board (IRB) office.  In 2000, Ms. Flagg returned to her roots in western NY and pursued a new opportunity to expand her role in research at the University of Rochester as a project manager for multi- site clinical trials, primarily focused on Parkinson’s disease.  Ms. Flagg then joined the IRB office to manage policies and procedures, as well as the Association for the Accreditation of Human Research Protection Programs (AAHRPP) ongoing certification for the University. After 18 years, Ms. Flagg departed the University of Rochester and is now the global project manager for an international, in particular, through researching signs or symptoms that might be identified prior to clinical diagnosis.

IND relies on its Board of Directors to promote, support and maintain its mission.